Warning! Unfortunately your browser has disabled scripting. Please enable it in order to display this page.
21/11/19

Happy Stuffing Day! Stuffing is the simple, underrated side-dish to a classic Christmas dinner that is so often overlooked as an essential component to your meal. But why?

Stuffing's a lot more enjoyable & comes in a lot more variations & flavours than sprouts, so why has it not gained a regular spot on the Sunday lunch table? Here, we take a look at the history of stuffing, and give you the perfect simple stuffing recipe to prepare on this most sacred of days.

The History of Stuffing

According to the Wall Street Journal, the earliest version of stuffing was found on a 3,700-year-old clay tablet dug up from Iraq which contained a recipe for ‘a roasted bird accompanied by a side dish of specially flavoured soft bread'. It gained popularity amongst the Ancient Romans, who were known to be avid stuffers, stuffing pigs with small birds and laying what we believe is the groundwork behind the ‘stuffing your meat with stuffing’ debate. Even our fellow Americans have long appreciated the greatness of stuffing on their dinner tables with it making an appearance at the first Thanksgiving dinner in 1621 . 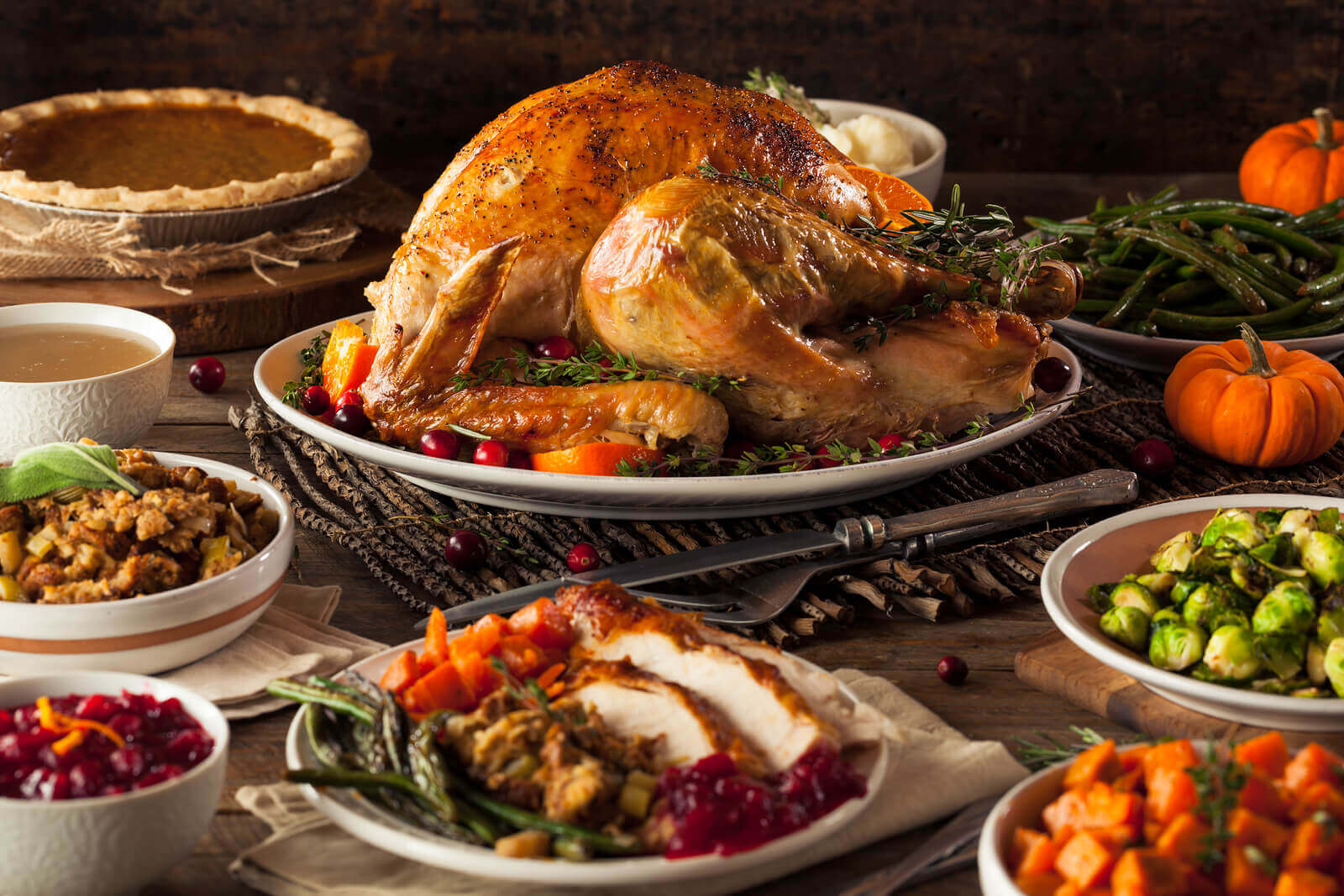 Why Stuffing Really is a Game Changer

So, we all know the classic packs of Paxo stuffing; the sage and onion stuffing packs that usually get sprawled onto a baking tray or rolled into balls, where little thought or care has gone into the process. But, even the simpler of stuffing recipes are quick, tasty and can even be prepared the night before; so, we say that box of Paxo gathering dust in your cupboard needs to be thrown out in favour of our stuffing recipe

With Christmas tomorrow, this is the perfect time to start your stuffing preparation with our simple sausage, apple and cranberry stuffing recipe with the method below! 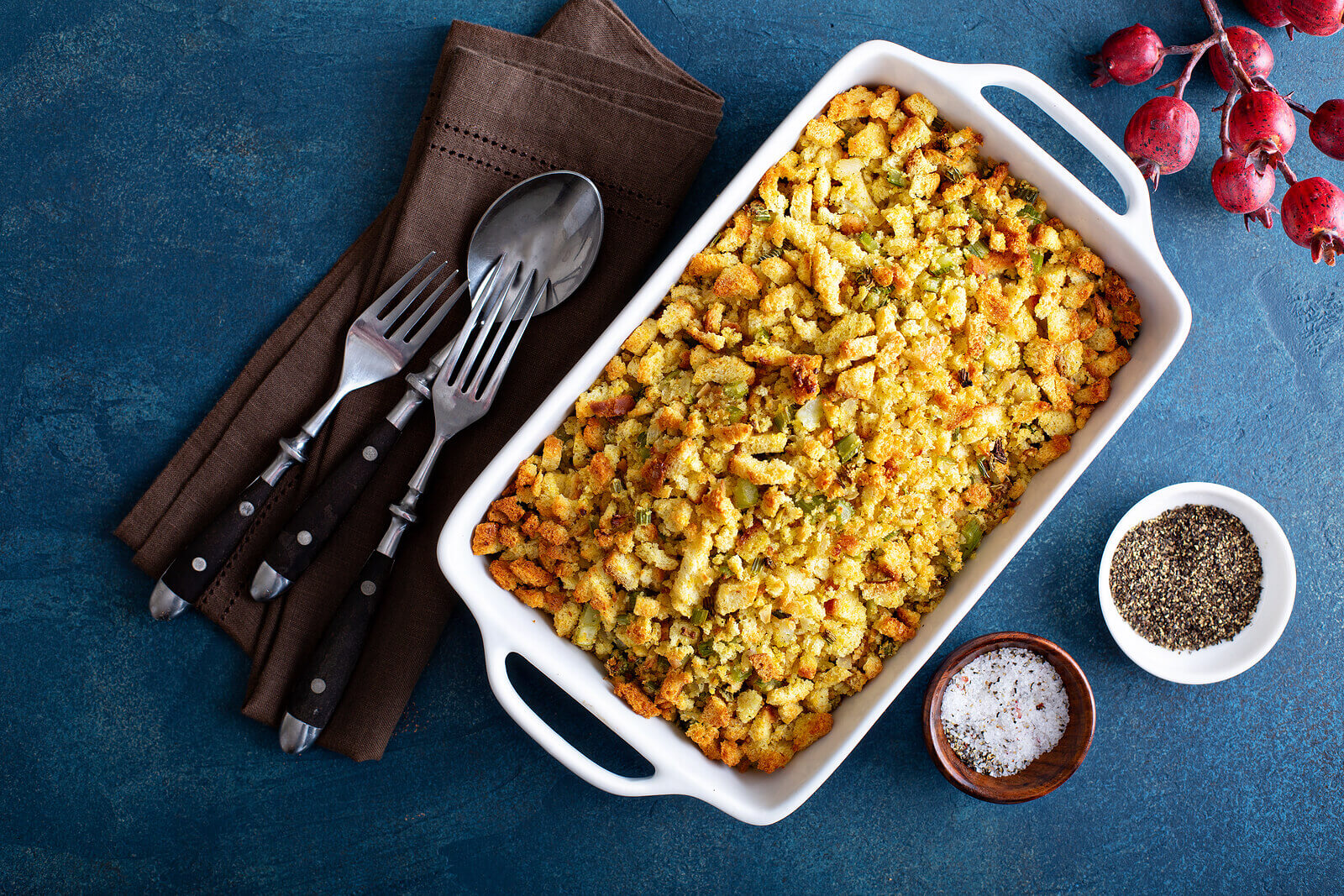 *If you are cooking overnight, you can now cover and chill the mixture up to a day before cooking.
**If adding nuts, add these now too!

Let us know what you think!

Treat yourself to some spicy hair-of-the-dog with our own Bloody Mary recipe, the perfect way to bring in 2022! Read more
23/12/21

It's only a couple more sleeps until Christmas - and we can't stop thinking about tucking into our Christmas Dinner. So, in the meantime, we listed all of the side dishes to our dinner from worst to best. Read more
22/12/21

Whip up something tasty using your leftover Christmas dinner with these six easy recipes. Read more
01/10/21

Happy International Coffee Day! At Bruncher.com we love coffee. As I’m sure you’ll agree, no Brunch is complete without a damn fine cup of joe. Read more
17/03/21

It's Christmas Eve! There's no better way to get into the festive spirit than with a special winter warmer. Read more
22/12/20

Now we're well and truly in the festive period, we've rounded up our favourite ideas for what to make for Breakfast on Christmas morning to make sure you start the most wonderful day of the year in decadent style. Read more
03/11/20

Await the election results with our favourite All American Brunch recipes

What better way to take your mind off the pending US election result than with a slap up Brunch? We've rounded up our favourite American recipes to enjoy whilst we wait for the results! Read more
21/03/20

Happy croissant day! What better way to celebrate than by eating your body weight in these buttery curls of deliciousness? Read more
19/03/20

Aside from being a reliable hangover cure, the Fry-Up is a part of the UK’s culinary history. It’s a legendary item on the breakfast menu that has travelled across the whole world as being a hearty way to kickstart your day. Read more
16/03/20

How to Make the Perfect Irish Mule

It's World Egg Day everyone! To celebrate, Bruncher have donned their detective hat and decided to take a look at the story behind the most famous egg based dish. Read more
11/10/19

Happy National Curry Week! In the UK, we’ve embraced one of India’s greatest gifts to the rest of the world like nowhere else. Read more
12/08/19

Happy Afternoon Tea Week! We know any true Bruncher will also be partial to indulging in the great British tradition. Read more
05/06/19

In my opinion, Yorkshire puddings are the foundation of a decent Sunday Lunch. And as a Yorkshire lass, it pains me when the food of my people isn’t cooked properly. If they’re not up to standard, then the whole thing might as well go in the bin. Read more
16/04/19

At Bruncher, we conducted a survey to find out just what it is you Breakfast lovers simply could not do without on your Full English. Read more
29/01/19

As quick and easy it is to grab a McMuffin on the way to work, it's not exactly the healthiest breakfast. Resist the siren call of fast food in the morning and start the day properly with our chia seed pudding recipe- it's simple, no-fuss and delicious! Read more
21/01/19

Once upon a time, kippers were a breakfast staple. That's not so much the case these days - but we think they deserve a revival. Read more
11/01/19

Ever wondered how they make those delicious sauces at your favourite meat-free spots? Bruncher has got you covered, with a round-up of the easiest and tastiest brunch condiments that you can make from the comfort of your own kitchen. Bon Appetit! Read more
14/11/18

Feeling sluggish in the morning? Don't have the energy for a proper cooked meal? Food and Baker have the solution to your breakfast woes, with a delicious and nutritious smoothie bowl... Read more
15/10/18