Warning! Unfortunately your browser has disabled scripting. Please enable it in order to display this page.
16/03/20

Aside from being a reliable hangover cure, the Fry-Up is a part of the UK’s culinary history. It’s a legendary item on the breakfast menu that has travelled across the whole world as being a hearty way to kickstart your day.

It’s commonly referred to as the Full English, but that’s not always quite right. Did you know that there’s also a Full Irish too? And a Full Welsh? And a Scottish Breakfast? Ideally, that would be called a Full Scottish, but you see our point.

Each country on our famous isles has their own delicious variation on the classic fry-up, and we thought we’d explain the quirks so you know exactly which country to thank for starting your morning off the right way. 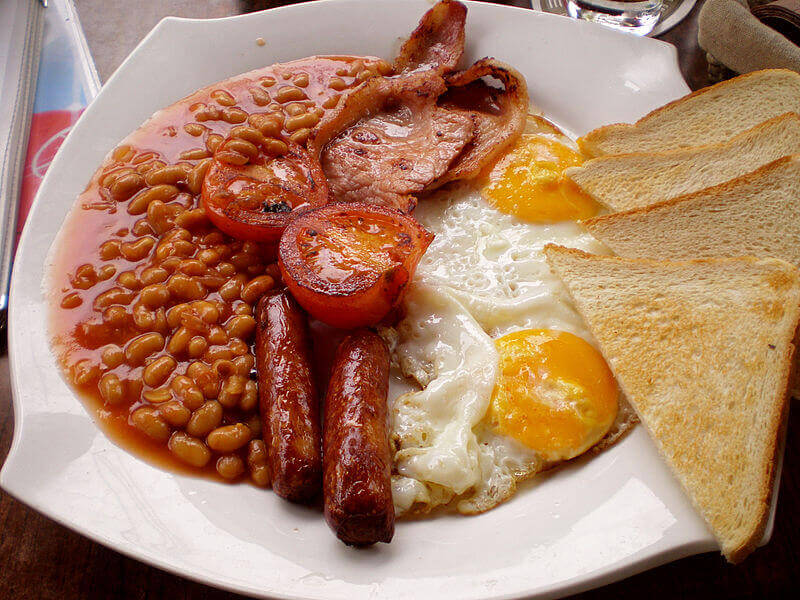 Associated with the now endangered greasy spoon cafes, the Full English as we know it rose to prominence in the Edwardian era. In the run-up to the First World War, you’d likely be served a plate of bacon, eggs, bubble and squeak and black pudding with fried tomatoes, mushrooms and bread/toast, served with jam.
But it was in the 1950’s when England’s working-class population truly embraced starting the day with a Full English Breakfast that it then became an integral part of English culture.  A huge plate of fried bacon, eggs, sausage, tomatoes, mushrooms, black pudding, baked beans and fried or toasted bread is agreed to be a traditional Fry-Up. The inclusion of hash browns is contentious, and purists would probably frown if the eggs are poached or scrambled. But who cares? If it tastes good, add it in. 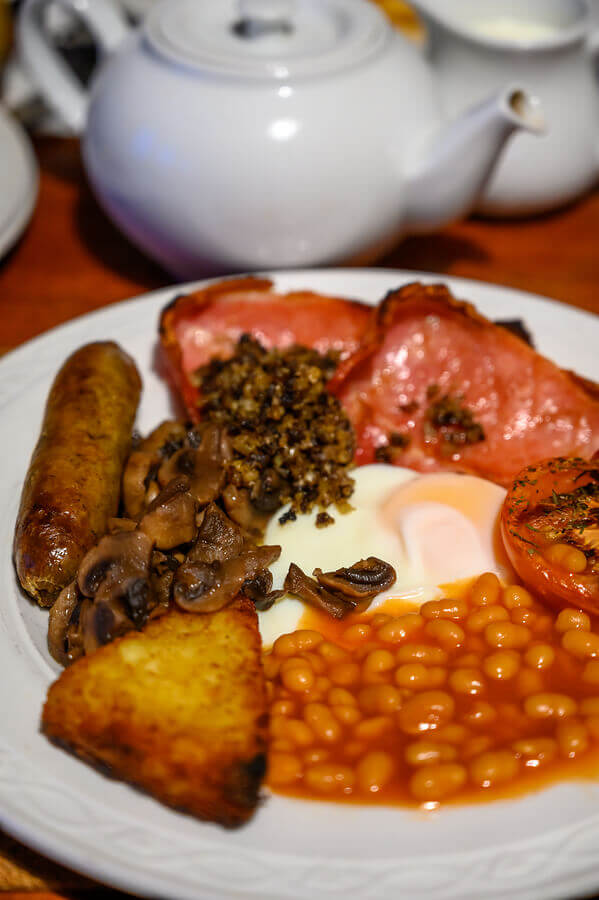 Haggis, Irn Bru and deep-fried Mars Bars are synonymous with Scotland, but what about the hearty Scottish Breakfast? Fundamentally similar to the Full English, the Scottish Breakfast also includes tattie scones (a delicious type of scone made from potato), oatcakes, square Lorne Sausages, Stornoway black pudding and even a bit of haggis.
Other popular Scottish Breakfast foods include steel-cut oats, smoked salmon and 'finnan haddie'- cold smoked haddock. 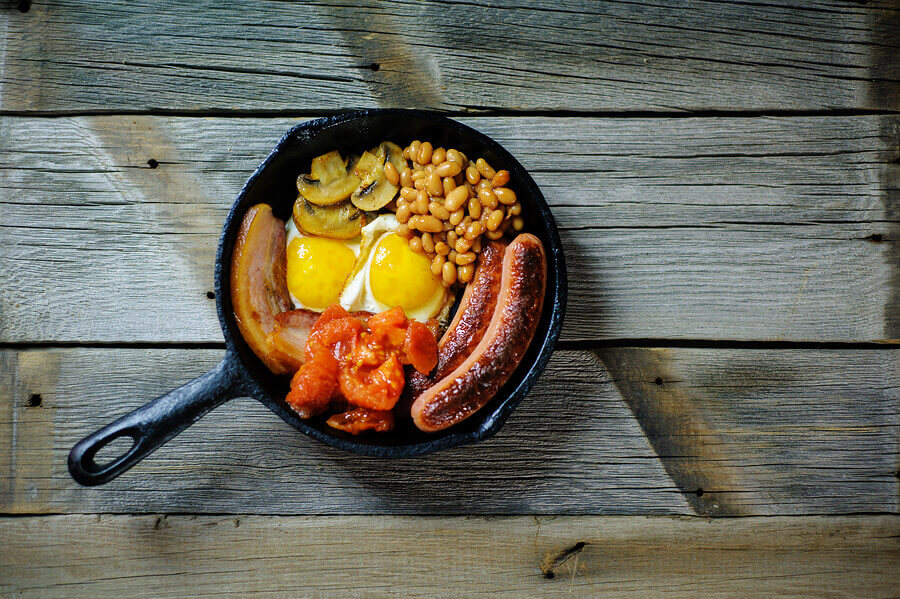 The Full Irish Breakfast is a formidable meal consisting of Irish bacon, sausage, white pudding, Irish soda bread and Irish potato cake.
Made using just flour, bicarbonate of soda, buttermilk and a pinch of salt, Soda Bread is quick, cheap and delicious- - which is why it is a traditional staple in an Irish Breakfast.
The Northern Irish cousin of The Full Irish, an Ulster Fry is best cooked in a single pan. In addition to the usual suspects of sausages, bacon, eggs and black pudding, it also includes soda and potato farls (bread baked on the griddle and cut into quarters) and a notable absence of baked beans. 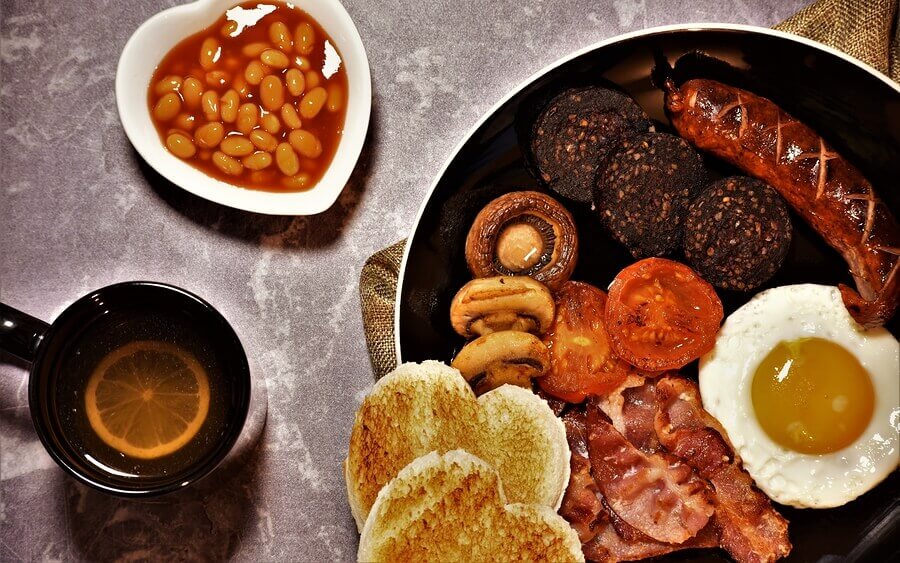 The Welsh Breakfast is a more modern creation – a direct result of the long-awaited revival of appreciation for Welsh food. Whilst a key ingredient, there’s more to Welsh Breakfasts than just Rarebit. In addition to the standard eggs, bacon and sausages (all Welsh-sourced, of course), the Welsh Breakfast can include important coastal delicacies. With Welsh cockles, laverbread (a seaweed puree mixed with oatmeal and fired) and Welshman’s Caviar, the Full Welsh Breakfast is a true tribute to Welsh culinary culture and is on the rise. Expect it coming to a breakfast menu near you!

It’s World Book Day and our imaginations at Bruncher were sparked into discussing who would be the best fictional characters to go for a decadent Brunch with. Read more
23/12/20

It's only a couple more sleeps until Christmas - and we can't stop thinking about tucking into our Christmas Dinner. So, in the meantime, we listed all of the side dishes to our dinner from worst to best. Read more
01/10/20

Self-isolate in the company of these binge-worthy food shows. Read more
27/02/20