Warning! Unfortunately your browser has disabled scripting. Please enable it in order to display this page.
16/04/19

Ah, the old faithful Eggs Benedict. They're a staple on every self-respecting Brunch menu and a reliable hangover cure. As it's National Eggs Benedict Day, it's time to pay them some respect and take a look at their history.

The definition is pretty simple. 4 components of a poached egg, ham, an English muffin and hollandaise sauce that combine to make the mid-morning stalwart we know and love as eggs Benedict. 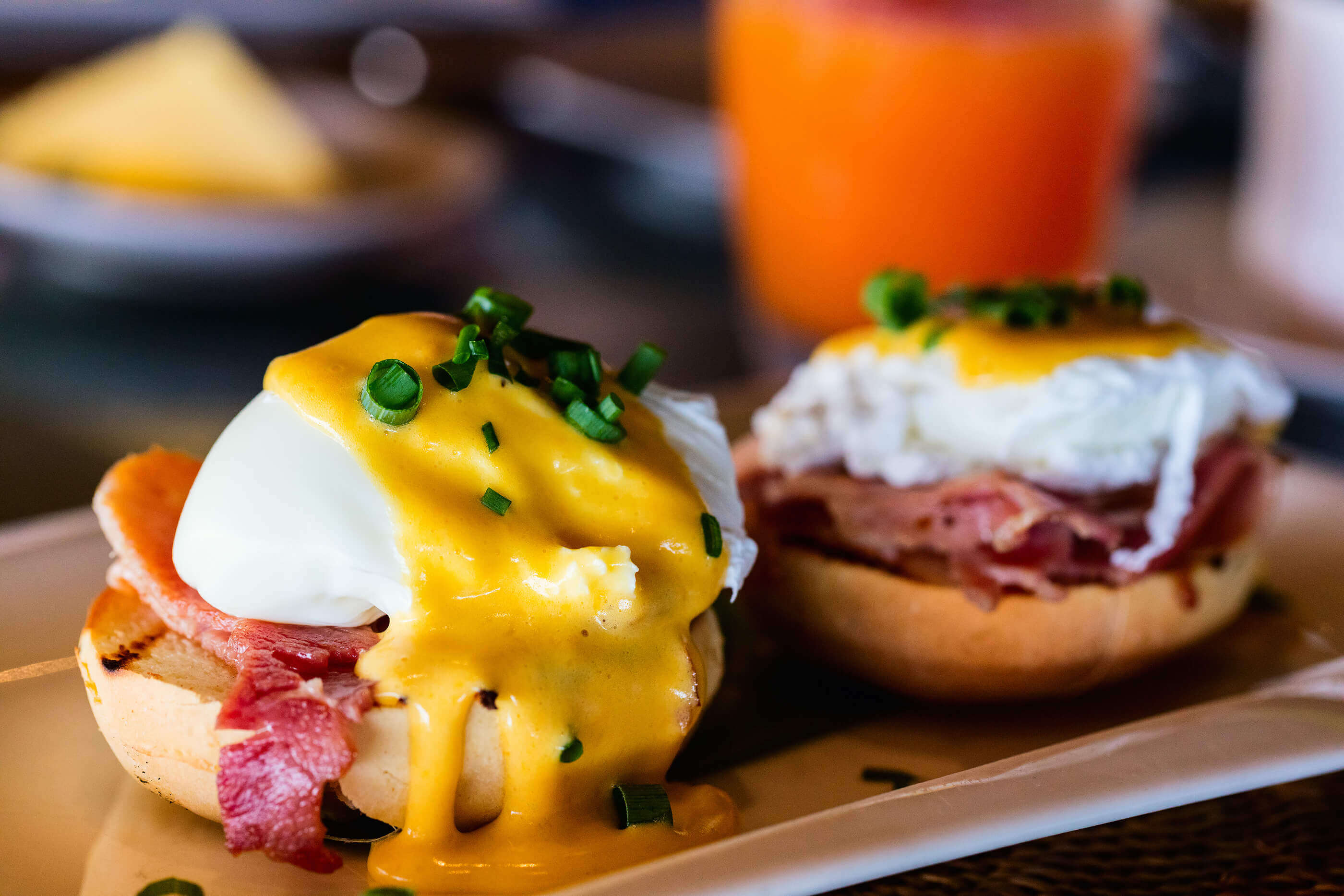 To see its name on a menu is a sure-fire sign that you are about to indulge in the glorious meal of Brunch. Its absence would be a Bruncher equivalent of going to an Indian restaurant to discover there’s no curry or an Italian restaurant to find they don’t do pasta.

But what is the story behind this iconic dish? Do we know who invented it? And, if so, who was the person that put the Benedict in eggs Benedict?

A popular theory that we can immediately dispel is that it’s not named after the most infamous person with that name: Benedict Arnold. Some speculate that because it is an American dish that uses an English muffin and often features Canadian bacon instead of ham, its actually named after the legendary traitor. 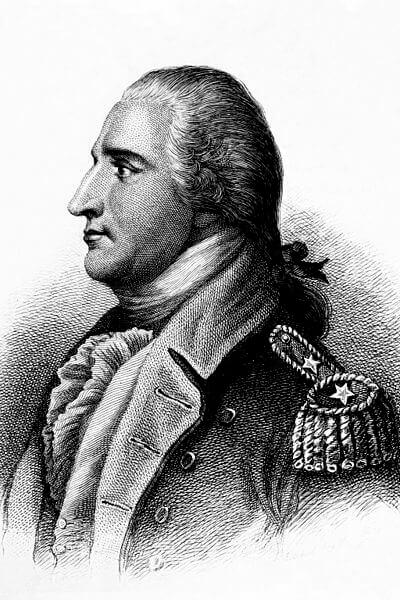 However, while that would tidily tie up the story with a neat metaphor, the eggs Benedict origin story is much shadier than that. There are two conflicting stories of who created eggs Benedict, but both agree on the same setting - around a hundred years after the Revolutionary War during the Gilded Age of the late 19th century in New York.

Against the backdrop of the huge skyscrapers being built that would transform the New York skyline into a modern metropolis, the eggs Benedict was born – and with it our mornings were changed forever. 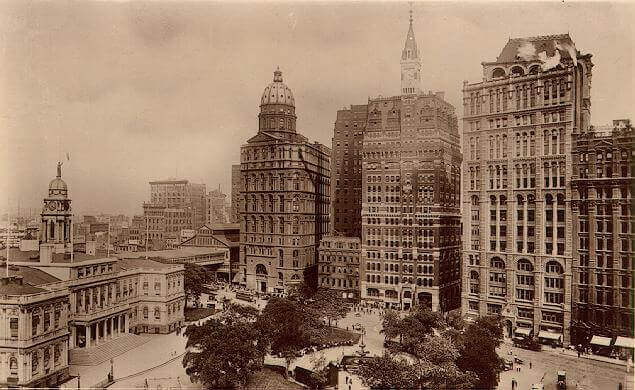 The first article that attempted to give ownership to the eggs Benedict was a 1942 New Yorker story that credits the renowned socialite Lemuel Benedict with the invention. His tale takes place in 1894 and begins how so many of the best Brunch innovations do: with a hangover. Lemuel Benedict’s story goes that after a heavy night drinking, the Wall Street broker woke up with a sore head and wandered to Manhattan’s Waldorf Astoria Hotel in search for a curer and ordered "buttered toast, poached eggs, crisp bacon, and a hooker of hollandaise".

The maître d’hôtel at the time was the famous Oscar Tschirky, a man prone to innovation himself after pioneering the Waldorf Salad. Apparently Oscar of the Waldorf (as he was widely known) was so impressed by Lemuel’s order that he varied it slightly to replace toast with an English muffin and crisp bacon with Canadian bacon before adding it to the menu with the name eggs Benedict in honour of Lemuel. 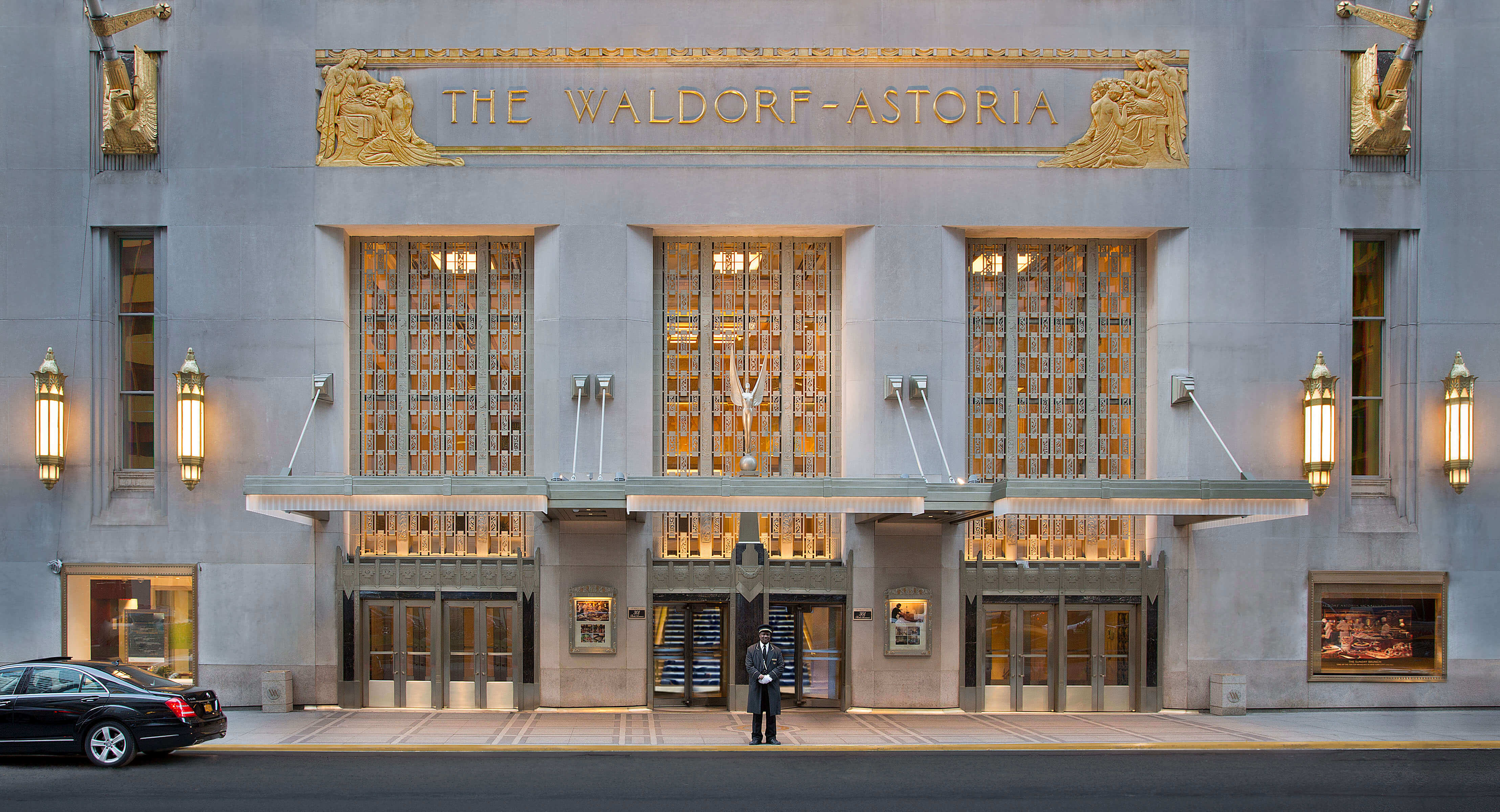 All this would again seemingly tie up the story, with Lemuel Benedict apparently revelling in his tag as creator of eggs Benedict, and he passed away a year after the New Yorker article was published, safe in the knowledge that his culinary legacy was secured.

However, the debate was kickstarted again in 1978 with an article in Bon Appetit that told a competing story crediting a Mr and Mrs LeGrand Benedict with the dish.

According to the LeGrand legend, eggs Benedict was created at the iconic New York restaurant, Delomonico’s, in the 1860s. 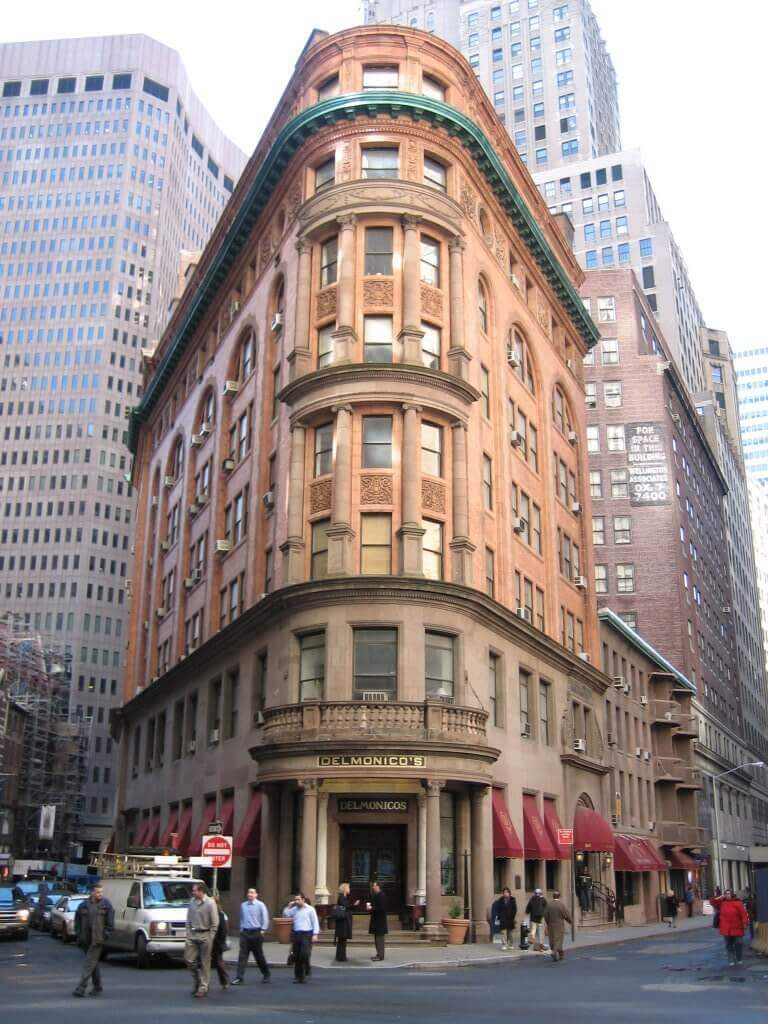 The LeGrand Benedicts were regulars at the famous steakhouse (the first in America to use the word restaurant) and had eaten everything on the menu so challenged the chefs to create something new. The Delmonico Brothers who ran the restaurant accepted the challenge and collaborated with their chef, the great Charles Ranhofer, to whip up an eggs Benedict.

Delmonico’s promote on their site that that they are the place where the eggs Benedict was born, and this story is given extra credence by the fact that the eggs Benedict recipe was first published in Charles Ranhofer’s cookbook, The Epicurean. Incidentally, this was published in 1894, the very same year that Lemuel claimed to build the dish at the Waldorf Astoria. 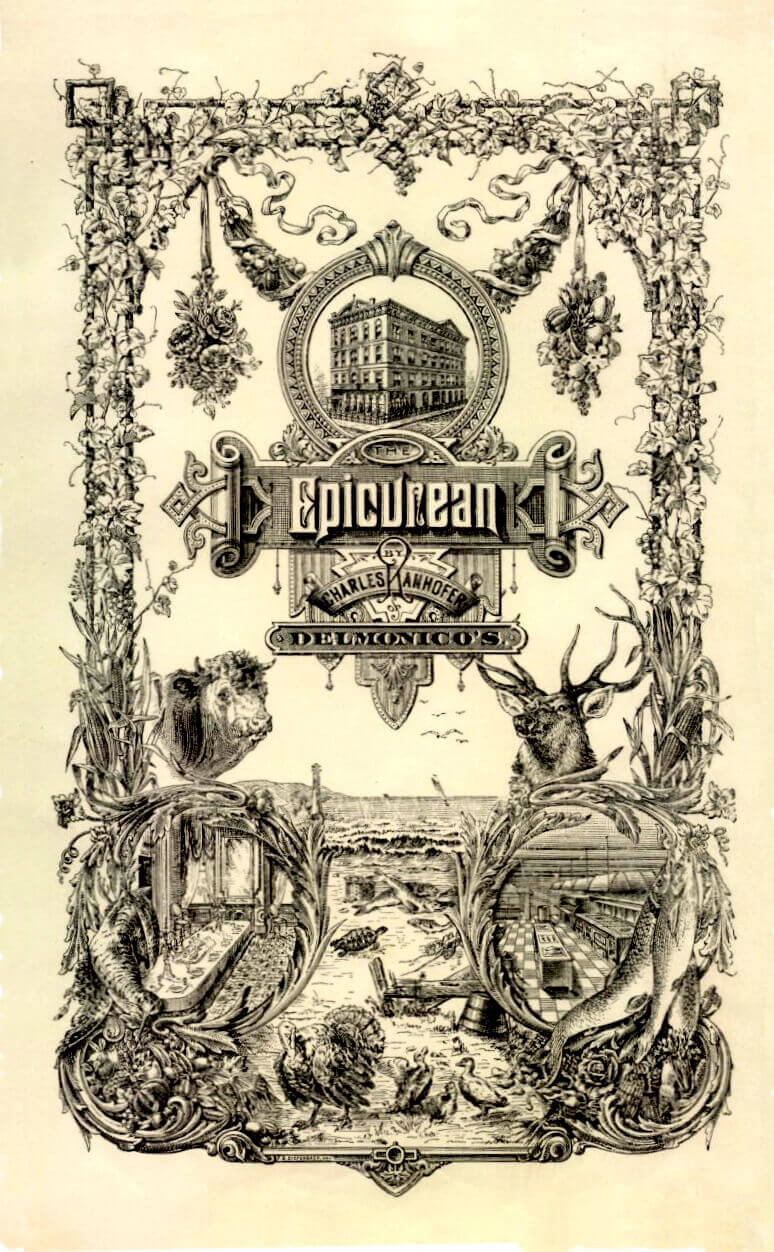 As explored in a New York Times article, this alternative story enraged Jack Benedict, the son of Lemuel’s first cousin’s son who made it his life’s mission to reinstate his distant relative’s tale as truth.

After the article was published, Jack Benedict wrote to Bon Appetit with the following, slightly contradictory message, “As long as the delectable dish is enjoyed by an increasing number of persons, I don’t suppose it really matters to whom is given credit for its innovation. But to set the record straight, it all began in New York City, at the old Waldorf Hotel, in 1894.”

The debate has snowballed to such an extent that it has led the Extra Crispy to propose an intriguing whodunnit style twist with Oscar at The Waldorf at the centre of it all. Apparently, Tschirsky worked at Delmonico’s as a waiter during the time that Ranhofer was Chef and could have been present for both the LeGrand and the Lemuel breakfast order. From this, the Extra Crispy deduce that ‘while there's no evidence that Tschirsky stole the recipe from Delmonico's and brought it over to the then-new Waldorf-Astoria, it's not totally out of the question.’ 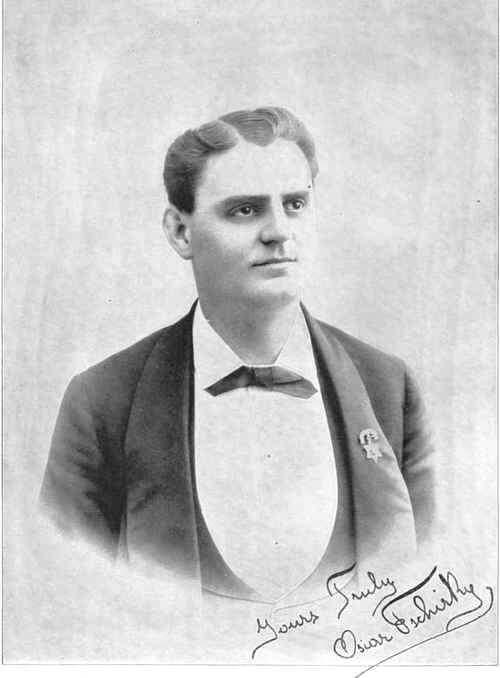 Oscar Tschirsky a.k.a Oscar of The Waldorf

With no living witnesses, all this is fun speculation and only adds to the lore surrounding who created the eggs Benedict – and it is likely that we will never truly find out whether it is Lemuel or LeGrand who should get the credit.

So, I guess the only thing we can do is listen to the first part of Jack Benedict’s message to Bon Appetit that as long as eggs Benedict is still available on a menu to enjoy, does anything else really matter?

As they've earned themselves a National Day in their honour, it's only fair to go treat yourself to a Brunch starring the dish of the day.

It's only a couple more sleeps until Christmas - and we can't stop thinking about tucking into our Christmas Dinner. So, in the meantime, we listed all of the side dishes to our dinner from worst to best. Read more
01/10/21

Happy International Coffee Day! At Bruncher.com we love coffee. As I’m sure you’ll agree, no Brunch is complete without a damn fine cup of joe. Read more
19/03/20

Happy Afternoon Tea Week! We know any true Bruncher will also be partial to indulging in the great British tradition. Read more
02/04/19