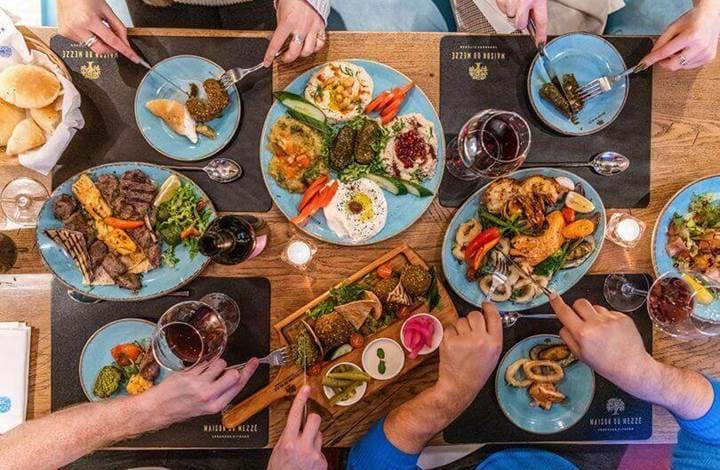 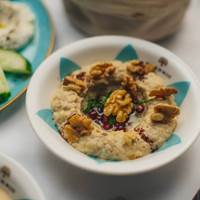 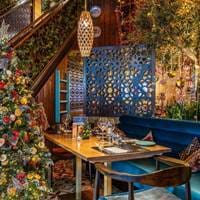 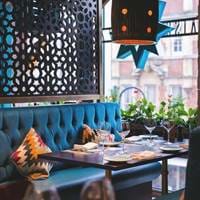 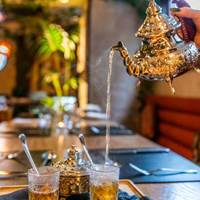 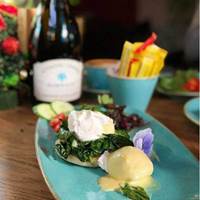 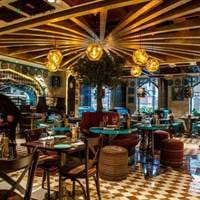 Maison du Mezze is a Lebanese Kitchen found in the hustle and bustle of Leicester Square whose Brunch celebrates the best of its homeland’s cuisine.

Decked out in warm earth tones and inky-blue banquettes, the interior is a mix of traditional Middle Eastern accents – see the intricate gold teapots and carved folding screens – and modern fine-dining luxury.

Mezze, which translated from Persian means ‘tasting’, is the bedrock of the restaurant’s menu, though classic Brunch dishes also feature heavily – Eggs Benedict, English Breakfast, French omelettes – along with lip-smacking sweet treats like chocolate crepes and buttermilk pancakes. The authentic Lebanese options, however, take front-and-centre stage, from shakshuka and a Full Lebanese of labneh, halloumi, hummus and more, to a metre-long mana’eesh medley (an oil-rich flatbread) topped with cheese, zaatar, meats, labneh and even a Nutella dessert bread.

Best of all they cater to halal diets and have loads of veggie, vegan and gluten-free options, making it one of the most inclusive Brunches on the market.