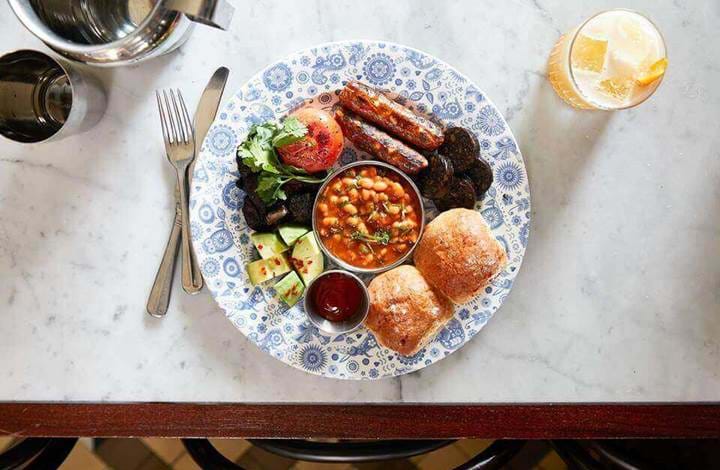 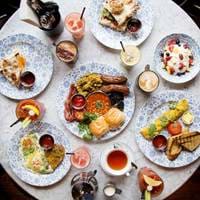 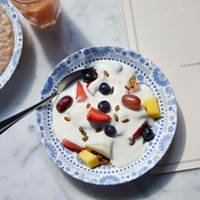 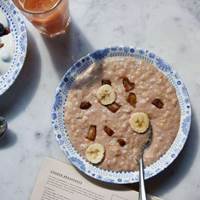 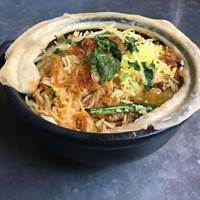 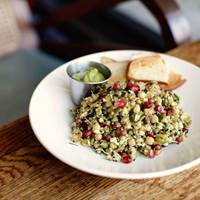 East meets West at Dishoom, a vibrant and spirited traverse through Indian and Iranian street food culture by way of the great British breakfast.

It has proven a hit amongst London’s tastemakers, propelling it to word-of-mouth fame and it now boasts multiple venues spread across the kingdom’s capitals.

The menu often gives brief history lessons on the history of Iranian immigrants and the meeting points of Indian and British cuisine, such as the Willingdon Club’s impact on native regions and the origins of the infamous Parsi bodybuilders.

Bastions of Indian street food, they draw from disparate regions and fuse them into a bombastic taste of the country. Fans of tradition will salivate over a steaming dish of Keema per eedu – spicy chicken keema is studded with tender chicken liver, runny-yolked eggs and Sali crisp-chips. Wash it all down with a breakfast lassi or house chai for an authentic taste of the area.

For the jaw-dropping price of just £2.70 you can snack on ‘fire toast’: thick slices of buttered bloomer bread are served with a variety of preserves ranging from a tangy orange and star anise marmalade to a pineapple and pink peppercorn jam.

Log in Register
Love this place for breakfast! Decor is beautiful, atmosphere is buzzy but relaxed and food is delish. They do refillable chai too which is always a winner!!!